LINDSEY GRAHAM: A CONSERVATIVE LEADER WHO GETS THINGS DONE

A fighter who doesn’t back down from a challenge. A conservative who gets things done. A leader who puts our country above all.

Raised in Central, South Carolina where he lived with his family in a single room behind the liquor store, restaurant and pool hall owned by his parents, Lindsey Graham began his climb toward the American Dream.

The first in his family to attend college, Lindsey lost his mother and father within two years of one another. While still in school, he took on the responsibility of helping raise his 13 year old sister, Darline, and running the family businesses. He eventually legally adopted Darline. 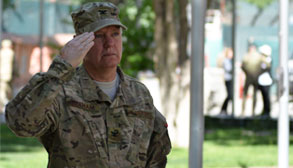 After law school, Lindsey joined the United States Air Force as a member of the Judge Advocate General Corps, where he acted as a military prosecutor and defense attorney. During his six years of active duty, Lindsey served both stateside and in Europe and was involved in countless cases.

For the bulk of his 33-year military career, Lindsey served in the Air Force Reserves. He reached the rank of Colonel before retiring in June 2015.

Elected to the U.S. House in 1994 and the Senate in 2002, Lindsey Graham is a well-respected leader on national security and known for his work to solve the biggest problems America faces.

Lindsey Graham has a long history of relentlessly pursuing solutions over partisan politics. During his tenure in the Senate, he’s led the charge to cut spending, reform entitlements and get government out of the way of job creators.

But Senator Graham is best known for his expertise and strong leadership in foreign policy. From President Obama’s reckless withdrawal of troops from Iraq to his refusal to implement a strategy to confront global terrorism, Lindsey Graham has consistently offered alternatives and predicted the disastrous consequences of the administration’s failed policies. Most recently, he led the fight for oversight of the negotiations between the Obama Administration and Iran regarding their nuclear ambitions. 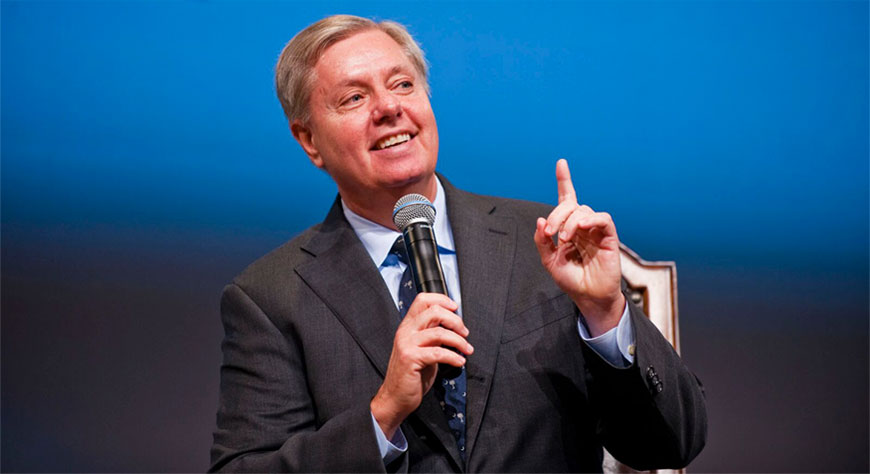 Senator Graham continues to be front-and-center on issues of national security, defense spending, and the need to restore America’s leadership position as a force for global stability. He has proven that he has the character and drive to tackle the tough issues and defend our nation.

In the United States Senate, South Carolina's Lindsey Graham has earned a reputation as a conservative, a problem-solver, and a leader who gets things done. He is a great friend to our men and women serving in uniform, a respected voice on national security matters, a leading advocate for cutting the out-of-control spending in Washington, and a champion for confirming conservative judges. Learn more about Lindsey here.

PAID FOR BY TEAM GRAHAM, INC.

PAID FOR BY TEAM GRAHAM, INC.